Four years ago, Bangladesh wheat-grower Musharraf Hossain’s crop was hit so severely by the fungus Magnaporthe oryzae pathotype Triticum—or wheat blast—that within days he had nothing left to harvest. The following winter he did not plant wheat at all.

Mr Hossain was among many Bangladeshi farmers affected by the virulent disease.

A commitment to rein in further outbreaks is now propelling researchers. It’s a time-sensitive race to out-manoeuvre a pathogen that could shatter the food security and economic wellbeing of not only Bangladesh but also its neighbours across the South Asian ‘bread basket’, including India and Pakistan.

It is expected that in the season completed in March 2020, Bangladesh will have produced about 1.3 million tonnes of wheat—roughly 19% of its total domestic requirement. A further 5.5 million tonnes will be sourced internationally, making Bangladesh the fifth-biggest buyer worldwide.

Wheat blast—caused by airborne spores or through contaminated seed—was found for the first time in Bangladesh in February 2016. Previously it had been confined to South America, where it has plagued Brazil, Argentina, Bolivia and Paraguay since the mid-1980s.

Dr Pawan Kumar Singh is Head of Wheat Pathology at the International Maize and Wheat Improvement Centre (CIMMYT), based in Mexico. He is also leader of a four-year, ACIAR-supported multilateral collaboration between CIMMYT, the Bangladesh Wheat and Maize Research Institute (BWMRI) and other stakeholders. He says wheat blast thrives in tropical environments with high humidity, and that the fast-moving infection shrivels and deforms wheat spikes within a matter of days. This gives farmers no chance to apply fungicide and causes grain losses of up to 100% in severe cases.

‘Currently wheat blast-vulnerable districts cover 60–65% of the total wheat area of Bangladesh,’ Dr Mohammad Israil Hossain, director-general of BWMRI, says. ‘If there is a typical hot, wet year conducive to wheat blast it will be disastrous. This will have a huge impact on food security, with an estimated economic loss of US$17 million [A$26 million] considering a 10% wheat blast-induced yield loss.’

Southwestern Bangladesh is particularly susceptible, and it was there—at Dighirpara, Meherpur: a wheat blast hotspot near the Bangladesh–India border—that Mr Hossain was forced to write off his entire crop of the wheat variety BARI Gom 24 when wheat blast swept across 15,000 ha in eight districts in 2016.

‘That was only about 3% of the total wheat-growing area so it did not affect the national yield that much,’ Dr Hossain says.

‘However, the alarming message is that it’s spreading to new districts each consecutive year even under unfavourable disease development conditions.’

‘Our wheat-growing area this year is roughly 0.34 million hectares, with a particularly good yield of about 3.7 t/ha, from the 8–10 million hectares that are suitable for this crop,’ Dr Hossain says.

Communicating with the wheat sector in Bangladesh is complicated by the prevalence of small-area producers: 1.7 million in total. Educating and training extension officers is part of the project, and workshops hosted by CIMMYT and BWMRI have been delivered to dozens of participants. ‘Our major initial challenges were identifying the disease, building awareness and establishing a “wheat holiday” [during which alternative crops were grown to minimise reinfection rates]. The wheat holiday is now over for the most vulnerable districts, so we have been working on replacing susceptible varieties,’ Dr Hossain says.

A lack of commercial seed suppliers is another obstacle. ‘To date the lion’s share of wheat seed is coming from farmers’ own sources,’ he says.

‘A government-owned agency, Bangladesh Agricultural Development Corporation (BADC), provides about 25% of the total requirement, and there are some private companies but that’s a very small quantity, so the rest is retained by farmers. For the past two years we have been supplying breeder seed of the resistant variety BARI Gom 33 to BADC and we are also working on the multiplication of another two high-yielding and tolerant varieties: BARI Gom 30 and BARI Gom 32.

‘We want to support farmers by replacing the older wheats. In the coming year we hope to cover 10% of Bangladesh’s growing area with new-variety seed and the following year we hope that will be at least 30%.’ 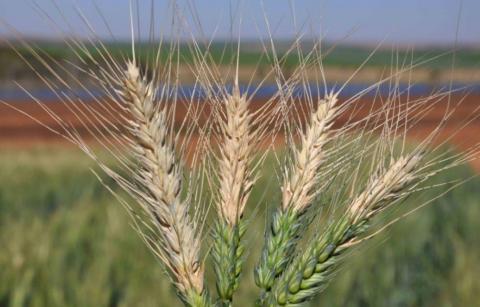 Abnormally cool, dry weather has complemented scientific intervention and government efforts to contain wheat blast in Bangladesh since 2017, Drs Hossain and Singh say, but the risk of future epidemics remains.

For growers like Mr Hossain, further respite has arrived in the form of two closely related but more robust BARI Gom wheat varieties. ‘In 2018–19 Mr Hossain cultivated BARI Gom 30 on 10 katha [670m2] which were affected by wheat blast at low intensity,’ Dr Hossain says. ‘This year he grew BARI Gom 33 on 200 decimal [8,000m2] and harvested a good yield, and he wants to keep seed for future use.’

BARI Gom 33 is the first joint release from BWMRI–CIMMYT through the ACIAR-funded project that was established in 2017.

Scientific Officer Dr Muhammad Rezaul Kabir says expanding the program to test samples from countries including Australia is a priority for the PPP. ‘In three cropping cycles we have evaluated more than 14,000 germplasms from Bangladesh, China, India, Nepal, Pakistan, and Mexico,’ Dr Kabir says.

Wary of relying on this limited gene pool, Dr Kabir is now looking further afield. ‘We have already received some germplasm with genes from wild wheat relatives that we found in gene banks in Japan and CIMMYT and we need to explore more from South America,’ he says. ‘We are only midway through our journey.’

By the time authorities began restricting movement in response to COVID-19 in March 2020, the project was exceeding expectations and harvesting of the 2019–20 crop in Bangladesh was complete.

Working largely from home, the team has been able to keep its core operations running. In Bangladesh, Dr Hossain has moved into on-campus accommodation at BWMRI; in Mexico, data analysis is being carried out remotely while laboratory work continues. Preparation for the release of a second wheat blast-resistant variety has been postponed temporarily, threshing of this season’s Bangladesh wheat has been delayed and trial plots at the PPP have been streamlined in size, Dr Singh says.

Agriculture, having been declared an ‘essential activity’ in both Bangladesh and Mexico, has assisted, he says, ‘but the safety and security of our colleagues and staff is paramount—that’s non-negotiable—so instead of having 200 people working in a field we spread them out to maybe 20.’

A mid-term project review conducted by ACIAR last September praised CIMMYT and BWMRI for their achievements, reporting that the ‘outputs are larger than anticipated’ and noting the high number of women contributing: five female scientists or staff among 13 individuals in Bangladesh alone. One BWMRI Research Associate, Tonusree Roy, was awarded an ACIAR Developing Nation bursary to attend the Australian Plant Pathology Society Conference in Melbourne last November, further cementing ties between the two countries in this global battle to mitigate wheat blast. 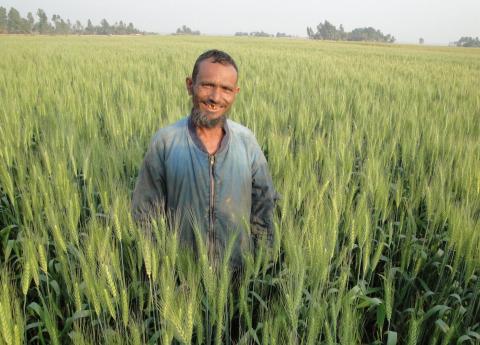 ACIAR support of the CIMMYT–BWMRI project marks a coming together of two particularly long-standing relationships: ACIAR–CIMMYT and CIMMYT–Bangladesh.

‘CIMMYT has been present in Bangladesh since 1966,’ Genevieve Renard, Director of CIMMYT Communications says. ‘At that time the country of Bangladesh didn’t even exist; it was still East Pakistan. We started working there before the first formal agreement was signed.

‘Most of the wheat varieties that have come out in Bangladesh are either direct CIMMYT releases or are from CIMMYT parents used in local breeding programs.

‘And Australia as an investor, through ACIAR, has always had a long-term commitment to the work we’re doing. Some donor states can be slightly reluctant to become involved in projects with durations of up to 10 years but ACIAR has always been willing to invest in these.’

The wheat blast research is one of five current CIMMYT projects supported by ACIAR; a further four either have been or are being finalised.

View ACIAR project: Identification of sources of resistance to wheat blast and their deployment in wheat varieties adapted to Bangladesh.

For thousands of years, human beings have relied on a grass of the genus Triticum, better known as wheat. This reliance is characterised by cycles of breeding, planting, growing, harvesting, processing and eating. The nature of those cycles will be affected by the 16 August 2018 announcement of the sequencing of the wheat genome.

Dr Sreenita Mondal is a young Indian researcher harnessing her diverse skills to examine the role of women in agriculture on the fertile Eastern Gangetic plains.