Professor Umberger leads components of interdisciplinary value chain research projects in Asia, Australia, North America, the Pacific Islands and South Africa, exploring opportunities for agricultural smallholders in producing high value food products and adopting new technology to gain access to modern food value chains. She has published extensively and has presented her work internationally to industry, government and academia. In 2019 she was awarded the title of Distinguished Fellow of the Australasian Agricultural and Resource Economics Society (AARES). Prof Umberger served on the Governance Board of the International Crops Research Institute for Semi-Arid Tropics (ICRISAT) (2015-2021). Prof Umberger is also an honorary Fellow of Food Standards Australia New Zealand (FSANZ).  In 2021 she joined the Board of the International Association of Agricultural Economists. Dr Audrey Aumua is the Chief Executive Officer of The Fred Hollows Foundation New Zealand, and the first Pacific woman to head the Foundation.

Prior to joining the Fred Hollows Foundation, Dr Aumua led the Pacific Community (SPC) Suva office as Deputy Director-General from March 2016 to December 2020, being responsible for the executive leadership and management of all Suva Operations with a focus on Small Islands and Developing states development issues. Prior to SPC she served as the WHO Country Representative in the Solomon Islands United Nations office and from 2009 to 2013, Dr Aumua was the Director of the an AusAid-funded Knowledge and Innovation Hub at the University of Queensland.  Dr Aumua served as Chief Advisor for the Pacific, within the New Zealand Ministry of Health from 1999–2004 and was responsible for public policy advice on improving the social economic outcomes for Pacific people in New Zealand.  Dr Aumua holds a PhD in Public Policy from Curtin University, as well as a Master’s in Public Policy from Massey University, New Zealand, a Post Graduate Diploma in International health with Distinction from Curtin University, a Graduate Diploma in Business and a Bachelor of Education from the University of Auckland. 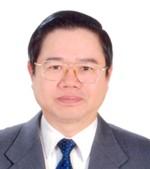 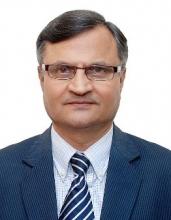 Prof Ramesh Chand is currently a Member of the National Institution for Transforming India (NITI Aayog) and the XV Finance Commission in the rank and status of Union Minister of State. NITI Aayog is the premier think-tank of the Government of India, providing both directional and policy inputs. The Finance Commission determines devolution of tax resources between the Union Government and the States and recommends fiscal consolidation roadmap. He is also a member of the Board of Trustees of CIMMYT, Mexico. Previously, he was Director of the ICAR-National Institute of Agricultural Economics and Policy Research, New Delhi. Prof Chand has a PhD in Agricultural Economics and has authored seven books and more than 100 research papers in national and international journals. Prof Chand has been awarded the Jawaharlal Nehru Award and Rafi Ahmad Kidwai Award of Indian Council of Agricultural Research. 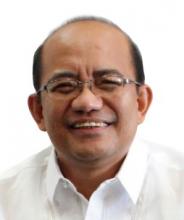 Executive Director of the Philippine Council for Agriculture, Aquatic and Natural Resources Research and Development (PCAARRD)

Dr Ebora has almost four decades of experience in agricultural research and management, in the Philippines and internationally. He leads the formulation of frameworks, priorities and programs for the development of the agriculture, aquatic and natural resources sector in the Philippines.  He was a member of Technical Working Groups for the Agreement between the Philippines and the USA on Scientific and Technological Cooperation.  He has been conferred with many awards and recognitions for his outstanding contribution to science and has led or presented over 100 scientific and technical papers related to biotechnology. 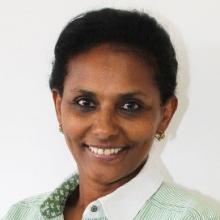 Dr Segenet Kelemu is the Director General & CEO of the International Centre of Insect Physiology and Ecology (icipe) Nairobi, Kenya.  Prior to icipe, Dr Kelemu was the Vice President for Programs at the Alliance for a Green Revolution in Africa (AGRA). Following her post-doctoral work at Cornell University, Dr Kelemu joined the International Center for Tropical Agriculture (CIAT) in Cali, Colombia, as a Senior Scientist in 1992 and was later appointed Leader of Crop and Agroecosystem Health Management at CIAT until her departure in 2007, when she became the Director of Biosciences eastern and central Africa (BecA) Hub at the International Livestock Research Institute (ILRI), Nairobi, Kenya. Dr Kelemu is a 2014 L’Oréal-UNESCO Laureate for Women in Science and one of the top 100 most influential African women according to Forbes, Africa. In January 2018, she was recognised by Bill Gates as one of five ‘Heroes in the Field’ using their talents to fight poverty, hunger and disease, and providing opportunities for the next generation. In 2018, she was featured in The CEO Magazine, Australia, as one of the six exceptional leaders from around the world. She has received other accolades including the TWAS Prize for Agricultural Sciences (2011) and an Honorary Doctorate from Tel Aviv University for her professional contributions to society (2015). Dr Kelemu serves on various Boards and advisory panels in major global initiatives and is a Fellow of various Academies of Science. 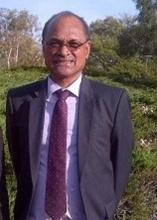 Professor Matainaho was recently appointed to the role of Vice Chancellor, PAU, PNG. Prior to this, he was responsible for coordinating scientific and research advice from the PNG Research, Science and Technology Council to the PNG Government. In this role, Professor Matainaho articulated the vital role of science, technology and innovation in the growth of PNG, coordinated policy discussions for changes in governance (science and research) and established a culture of research in government and civil society.

Before that, he was a Professor of basic medical sciences and pharmacology and Dean of Research at the University of Papua New Guinea, where he was involved in building international collaboration and negotiating significant global partnerships between PNG and institutions in Australia, the USA, Canada and across the Asia Pacific. Professor Matainaho also holds adjunct professorial appointments with the University of Utah and James Cook University. 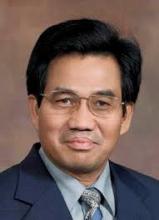 Senior researcher in the Indonesian Center for Agriculture Socio Economic and Policy Studies and a Professor at the Bogor Agricultural University specialising in Food and Agribusiness Policy. Mr Verghese has built Olam International Limited over the past 31 years to be a major international agri-business company operating in more than 60 countries employing more than 80,000 people. Olam manages commercial transactions with millions of smallholder farmers. The World Business Council for Sustainable Development is a global, CEO-led organisation of over 200 businesses ‘working to accelerate the transition to a sustainable world.’